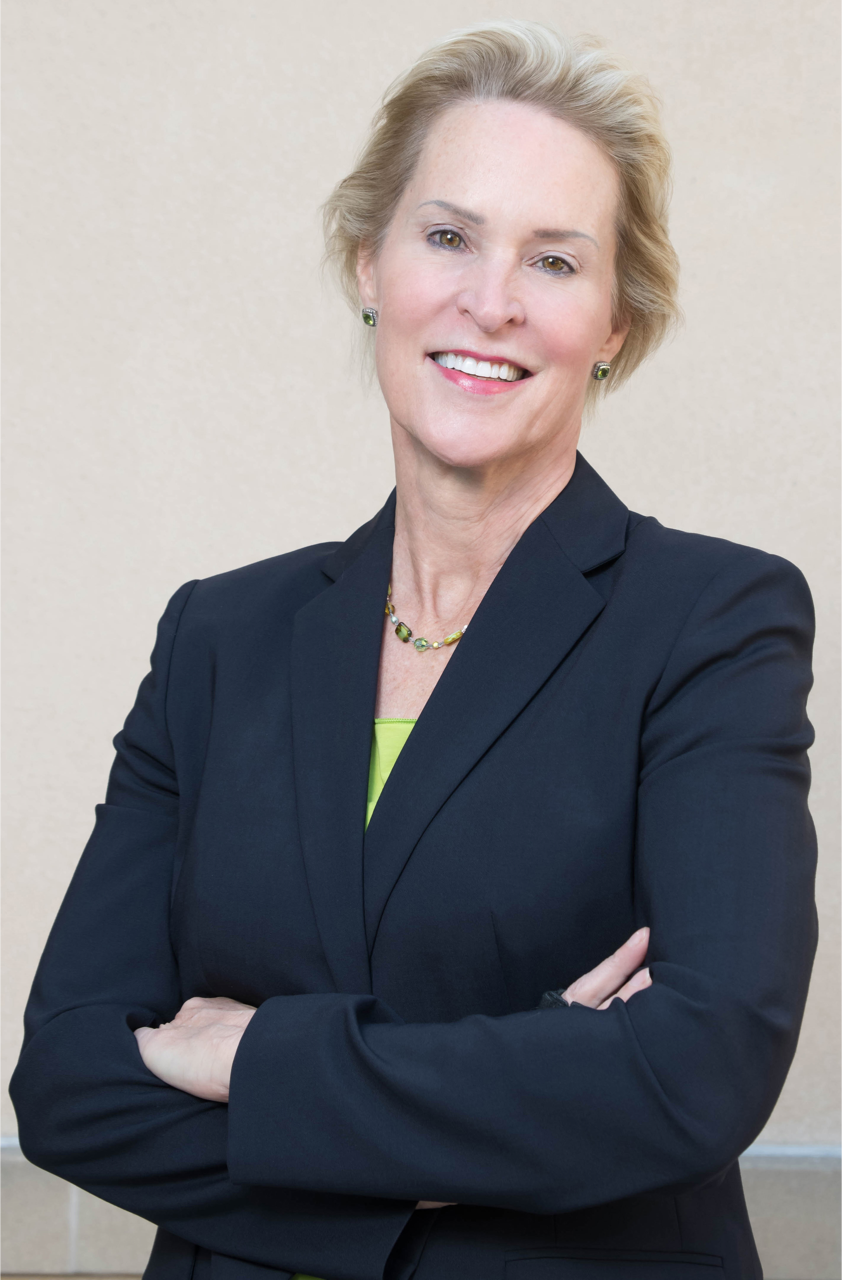 Please note that all attendees at events on campus must be fully vaccinated and boosted if they are eligible for a booster dose, or more than 30 days from becoming eligible. If you can't join us in person, please join us virtually!


The inaugural Subra Suresh Distinguished Lecture will be presented on May 19, 2022 by Dr. Frances Arnold, the Linus Pauling Professor of Chemical Engineering, Bioengineering and Biochemistry at the California Institute of Technology. The Subra Suresh Distinguished Lecture is given by leaders in the broad intellectual domain of multidisciplinary science and engineering, and Dr. Arnold’s work epitomizes the brilliance of what can be accomplished in this domain. Dr. Arnold’s contributions span engineering, chemistry, biology, and medicine, and she was chosen by the Selection Committee for her deep and broad contributions to the field of directed protein evolution. Arnold pioneered directed protein evolution and has used those methods for applications in alternative energy, chemicals, and medicine.

Not satisfied with nature’s vast catalyst repertoire, we want to create new protein catalysts and expand the space of genetically encoded enzyme functions. I will describe how we can use the most powerful biological design process, evolution, to optimize existing enzymes and invent new ones, thereby circumventing our profound ignorance of how sequence encodes function. Extending the capabilities and uncovering the mechanisms of these newly-evolved enzymes provide a basis for discovering biocatalysts for increasingly challenging reactions. These capabilities increase the scope of molecules and materials we can build using synthetic biology and move us closer to a sustainable world where chemical synthesis can be fully programmed in DNA.

Frances Arnold is the Linus Pauling Professor of Chemical Engineering, Bioengineering and Biochemistry at the California Institute of Technology, where she has been on the faculty since 1986. She is the first American woman to win the Nobel Prize in Chemistry (2018). Arnold pioneered directed protein evolution and has used those methods for applications in alternative energy, chemicals, and medicine. Arnold received the Charles Stark Draper Prize of the US National Academy of Engineering in 2011, the US National Medal of Technology and Innovation from President Obama in 2013, and the Millennium Technology Prize in 2016; she has been elected to all three US National Academies of Science, Medicine, and Engineering. Arnold was appointed to the Pontifical Academy of Sciences in 2019 and recently received the Portrait of a Nation Award at the National Portrait Gallery. Arnold co-founded three companies in sustainable chemistry and renewable energy (Gevo, Provivi, Aralez Bio) and serves on several public and private company boards. She earned a B.S. in Mechanical and Aerospace Engineering from Princeton University and a Ph.D. in Chemical Engineering from the University of California, Berkeley.

If you cannot attend in person, please click here to register for the live-stream

About the Subra Suresh Distinguished Lecture

The California Institute of Technology (Caltech) is pleased to announce the establishment of the Subra Suresh Distinguished Lecture. Dr. Subra Suresh is a globally recognized scholar and leader who has had a long history of scientific collaborations and interactions with the faculty and students at Caltech, as well as a distinguished research career that accompanies his achievements in service to the United States as Director of the National Science Foundation and as a world leader in higher education. In his honor, this biennial lecture series has been made possible through a permanent endowment provided by an anonymous donor.

The Subra Suresh Distinguished Lecture is given by leaders in the broad intellectual domain of multidisciplinary science and engineering. The lectureship is organized at least once every two years, with the inaugural lecture and prize event to be held in 2022. The lectureship is administered in the Division of Engineering and Applied Science (EAS) on behalf of the entire Caltech community. 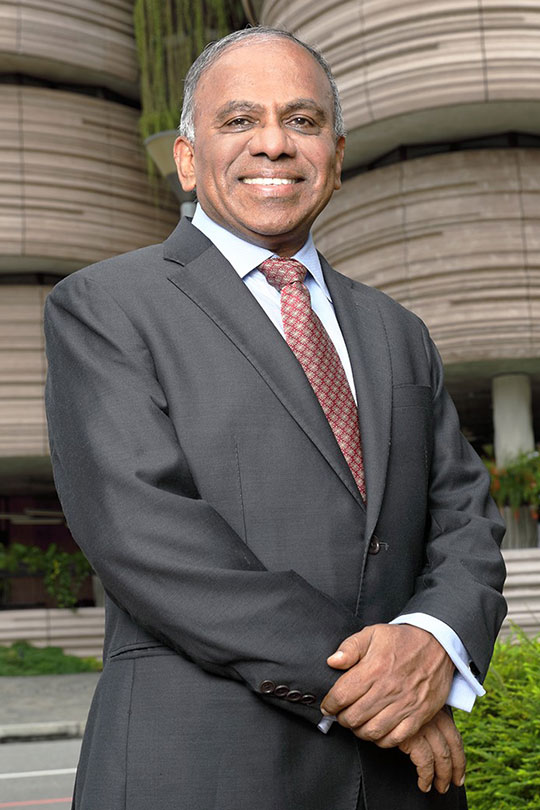 Suresh served as Director of the U.S. National Science Foundation (NSF), a position to which he was nominated by the President of the United States, and unanimously confirmed by the U.S. Senate. He has also previously served as the President of Carnegie Mellon University and as the Dean of Engineering and Vannevar Bush Professor at MIT. He graduated from high school at the age of 15 and received his doctorate degree in mechanical engineering from MIT within two years.

Suresh’s research has focused on the properties of engineered and biological materials and their implications for human diseases and technologies across a broad spectrum of industries and applications. He has authored three books, more than 300 research articles and 35 patent applications, and has co-founded two technology start-ups.

The Innovation Corps (I-Corps) programme which he created while serving as NSF Director in 2011 is now regarded as one of the most impactful initiatives in translating scientific discoveries into commercial practice, and it has been replicated by many other research funding agencies and organizations in the US and abroad. The Global Research Council established at NSF by Suresh in 2012 has now become the key annual forum to connect and coordinate the activities of the heads of all the major research funding agencies from around the world.

Suresh has received many prestigious awards for advancing science, technology, education, research, and innovation through his scholarship and leadership. They include: the 2020 American Society of Mechanical Engineers Medal, as well as the the 2012 Timoshenko Medal and the 2011 Nadai Medal from ASME for his pioneering research; an Honorary Fellowship of St. Hugh’s College at the University of Oxford in 2017; the 2015 Industrial Research Institute Medal; the 2013 Benjamin Franklin Medal in Mechanical Engineering and Materials Science; the 2011 Padma Shri award, one of the highest civilian honors from the President of India on Republic Day; the 2007 Gold Medal of the Federation of European Materials Societies, the first non-European to receive this highest honor from the organization representing professional societies from 27 countries; and the 1995 Presidential Young Investigator Award from the White House.

Suresh is an independent director of the Boards of HP Inc. in Palo Alto and the Singapore Exchange. He is also a member of the Boards of the National Research Foundation of Singapore, and the Agency for Science, Technology and Research (A*STAR). He is a member of the Future Economy Council chaired by the Deputy Prime Minister of Singapore, and the Applied Materials Inc. Growth Technology Advisory Board in Santa Clara, CA.

Dr. Suresh has many longstanding ties to Caltech. He was the Clark B. Millikan Visiting Professor at the Graduate Aerospace Laboratories (GALCIT) from 1999 to 2000, and the Gordon Moore Scholar in 2004. He has also delivered several named lectures at Caltech during the past two decades.